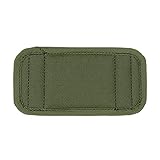 Airsoft is a shooting sport where game players use airsoft guns to shoot 6mm plastic BBs. Airsoft groups can differ in size from a few players to lots of squads, fire teams, and units based on the size of the field and participant turnout.

Airsoft participants typically dress in camo patterns during games along with headgear like tactical helmets and tactical vests configured with pouches. Each opposing airsoft group frequently uses a particular pattern to assist in recognizing hostile and friendly forces. The most typical patterns consist of army battle dress uniforms (BDUs) like woodland camouflage, desert camo, digital camouflage, and MultiCam. If teams can not be separated by uniform, a colored band can be worn on the arm to designate opposing forces.

The targets airsoft guns are fired at can vary depending on the game of airsoft. Usually the targets engaged with airsoft guns are other participants during force-on-force fights. This is why it is important for all participants on the field to use protective equipment like airsoft goggles and face masks and follow the safety principles of the airsoft field. Other kinds of targets can vary from stationary objects to paper targets as participants enter into marksmanship challenges and exhibitions by attempting to hit things at significantly more difficult ranges. Speed, target acquisition, and precision are important to keeping the shots on target.

Military simulation airsoft, or milsim, is often a large part of airsoft. Many of the airsoft weapons, objectives, and uniforms are duplications of actual firearms, military tactical uniforms, and real-world missions out of the history books.

Milsim airsoft weapons are based around the period featuring prominent weapons during the time of the historical mission. For instance, the M16A1 rifle has the timeless appearance of a Vietnam era assault rifle, while other airsoft rifles like the Heckler & Koch HK416 or IWI TAVOR TAR-21 are a lot more contemporary. In stringent milsim gameplay, weapons need to be consistent with the era, use corresponding scopes, and be correctly modded.

Milsim uniforms can vary based on the teams and be based around the historical gear loadouts of the time. The military gear used generally has to be and match the uniform from the equivalent period. For instance, a modern-day U.S. Navy Seal milsim outfit and loadout might include a Navy Working Uniform (NWU) camo pattern with a London Bridge Trading LBT-6094 Plate Carrier Gen II AOR1 Vest and a ballistic helmet like the Ops-Core FAST SF Super High Cut Helmet. Imitation tactical gear and ballistic panels and helmets are often used instead of the legitimate equipment. This saves on money since the real gear can cost thousands of dollars and the imitation gear is lighter to use on the airsoft field.

The objectives carried out during military simulation operations consist of historical reenactments and missions or objectives set as historical fiction. Have you ever desired to storm the beaches of Normandy, protect the 38th Parallel, or take on the drug lords of Mogadishu at the time of Blackhawk Down? Milsim blended with airsoft is one way you can actively take part and experience military history.