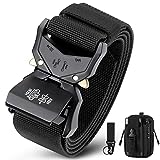 Airsoft is a shooting sport where players use airsoft guns to shoot 6mm plastic BBs. Airsoft teams can vary in size from a couple of participants to many teams, fire teams, and separate forces based on the scale of the field and player turnout.

The targets airsoft guns are shot at can vary depending on airsoft game type. The majority of the targets engaged with airsoft weapons are other players during force-on-force battles.

Military simulation airsoft, or milsim, is often a sizable part of airsoft. Milsim is the art of simulating a militaristic atmosphere. Lot of times this adds a command with officers within the player ranks, cars, and semi-realistic locations with mock combat zone pyrotechnics or effects. Much of the airsoft weapons, uniforms, and objectives are replications of realistic firearms, fatigues, and real-world missions adapted from history. The end result of a well planned military simulation airsoft event causes game players looking truly military-esque and outfitted like soldiers.

Milsim airsoft weapons are based on the era featuring prominent weapons at the time of the mission. As an example, the M16A1 rifle has the vintage look of a Vietnam era assault rifle, while other airsoft rifles like the Heckler & Koch HK416 and IWI TAVOR TAR-21 are more current. In stringent milsim gameplay, the weapons used by players must follow the period, use relevant components, and be properly modded.

Milsim outfits can be different based on the teams and be based around the historic attire of the time. The military equipment used usually needs to be and match the uniform from the equivalent age. For instance, a contemporary U.S. Navy Seal milsim uniform and loadout may mix a Navy Working Uniform (NWU) camo pattern with a London Bridge Trading LBT-6094 Plate Carrier Gen II AOR1 and a ballistic helmet like the Ops-Core FAST SF Super High Cut Helmet. Imitation tactical gear and ballistic panels and helmets are often used instead of the authentic equipment. This saves on cash considering that the real gear can cost 1000s of dollars and the imitation gear can be lighter to move around with on the field.

The missions carried out during milsim operations consist of historical reenactments and missions or objectives set as historical fiction. Have you ever desired to storm the beaches of Normandy, protect the 38th Parallel, or take on the drug lords of Mogadishu at the time of Blackhawk Down? Milsim blended with airsoft is one manner in which you can actively participate in and experience military history.