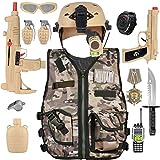 Airsoft is a shooting sport where game players use airsoft guns like pistols, shotguns, and rifles to shoot 6mm plastic BBs. The gameplay can feature a range of objective based instances and team designed games where players and teams of game players battle to win. Airsoft teams can differ in size from a couple of participants to many teams, fireteams, and separate units depending upon the overall size of the playing field and participant turnout. Large airsoft fields and airsoft tournaments can host 100s as well as countless players based on the area of operations (AO).

Airsoft players generally use camouflage patterns throughout airsoft games along with headgear like tactical helmets and tactical vests configured with pouches. Each opposing airsoft team often uses a specific pattern to assist in identifying unfriendly and friendly forces.

The targets airsoft guns are fired at can vary depending on airsoft game type. Most often the targets engaged with airsoft guns are other game players during force-on-force fights. This is why it is essential for all game players on the field to use protective equipment like airsoft goggles and face masks and follow the safety principles of the airsoft field. Other types of targets can vary from fixed objects to paper targets as players participate in marksmanship competitions and exhibitions by aiming to hit objects at increasingly more difficult ranges. Speed and accuracy are necessary to keep the shots on target.

There are different types of airsoft games. They consist of attack and defense objectives, point based objectives, and location based-objectives. Particular game styles are secure the flag, defuse the explosive device, zombie defense, deathmatch (free for all), team deathmatch, last team standing, gun games influenced by Counter Strike Global Offensive (CSGO), hostage rescue, and other similar games. The types of airsoft missions are pretty much endless as participants develop more kinds all the time.

Military simulation airsoft, or milsim, is frequently a big part of airsoft. Many of the airsoft uniforms, missions, and guns are reproductions of actual firearms, military outfits, and real-world objectives taken from history.

Milsim airsoft guns are based on the period featuring well-known weapons during the time of the mission. As an example, the M16A1 rifle has the traditional appearance of a Vietnam era assault rifle, while other airsoft rifles like the Heckler & Koch HK416 or IWI TAVOR TAR-21 are more current. In strict milsim gameplay, the weapons used by players need to follow the period, use relevant add-ons, and be correctly modded.

A contemporary U.S. Navy Seal milsim uniform and loadout could integrate a Navy Working Uniform (NWU) camouflage pattern with a London Bridge Trading LBT-6094 Plate Carrier Gen II AOR1 and a ballistic helmet like the Ops-Core FAST SF Super High Cut Helmet. This saves money given that the genuine equipment can cost thousands of dollars and be lighter to use on the airsoft field.

The objectives undertaken during military simulation operations consist of historic reenactments and objectives set as historical fiction. Have you ever wanted to storm the beaches of Normandy, protect the 38th Parallel, or fight the drug lords of Mogadishu at the time of Blackhawk Down? Milsim combined with airsoft is the way you can actively join in and experience military history.