tactic.world MOLLE Tactical Modular Belt Chest Rig Vest Airsoft Paintball
By purchasing MOLLE Tactical belt – war belt 2, you get:
Reliability of structural elements.
High quality.
Convenience and functionality. The ability to self-complete the belt with shoulder straps.
Tactical belt is designed for a range of sizes from 83 (when the edges of the belt itself come into contact) to 123cm (the maximum size of the standard belt belt included). But the most comfortable use, in our opinion, at waist sizes from 83 to 100cm.
Wide selection of final equipment. You independently, at your choice, will complete the Tactical belt for the used weapons.
Specifications:
The tactical belt consists of a basic detail of a tactical belt measuring 83cm x 13cm, with three rows of 20 MOLLE cells and a waist belt with a sealing plastic insert placed on it. This belt is adjustable from 80 to 123cm.
Tactical belt can be successfully combined with most unloading systems and belt-brachy systems.
The belt is sewed with slings-cells that create a modular system for fastening removable pouches that are compatible with the UMTS system (MOLLE, PALS) – three horizontal rows of 20 cells.
On the inside there is a mesh contributing to the ventilation of the overlapping surface of the body.
The presence of 4 metal half rings allows, if necessary, to attach tactical shoulder straps.
Inside the details of the tactical belt there are sealing polymeric (isolon, polyphonic) inserts.
In the lower part of the main part of the belt there are design “slots” for access to the waist belt, which makes it possible to use loincloth equipment (holsters, tactical hip platforms, pouches for dropping out shot shops, etc.) together with the tactical belt.
Note:
This tactical belt collected some ideas used in

The tactic.world MOLLE Tactical Modular Belt Chest Rig Vest Airsoft Paintball by tactic.world works well for airsoft. Airsoft vests, plate carriers, and tactical loadout equipment are often used for holding equipment on the airsoft field. These vests and carriers make it easy for game players to keep control of their gear and easily move around the battlefield while having all the things they require to win more missions. They also have a tacticool operator status style to them and give protection to game player’s bodies from incoming airsoft BBs.

Airsoft tactical vests generally have lots of pockets, pouches, and MOLLE attachment panels. This is a fine line to walk considering that it is a mix of carrying what you require in the field but not excessive amounts of gear. Steer clear of carrying so much gear that it weighs you down or prevents you from running efficiently through the airsoft field. Some typically selected items in a standard airsoft tactical vest loadout include the following: Extra airsoft weapon mags, sidearms like shotguns or pistols, additional airsoft BBs, red rags, snacks, water for hydration , radios, weapon service gear, and Leathermans.

Tactical airsoft vests like the tactic.world MOLLE Tactical Modular Belt Chest Rig Vest Airsoft Paintball provide a few layers of additional fabric to assist in cushioning the impact of inbound airsoft BBs. Some vests have more than others and some vests include tough armor plates or ABS plastic scales. These airsoft vests have additional cushioning and shielding, but practically every vest will provide some protection from incoming airsoft BBs.

One challenge experienced by wearing thick vests with rows of magazine pouches and a great deal of equipment affixed to them is that team players can not feel their hits very well. In these cases, game players should listen for their hits and call themselves out if their vest or equipment is struck by inbound airsoft BBs. Players should follow the airsoft field or tournament guidelines.

There are several distinct types of vests and load-bearing equipment used in airsoft. As a definition, an airsoft vest is a general term used to describe anything game players tactically wear on the upper half of their bodies and holds airsoft gear.

Pre-made airsoft vests are one of the most basic kinds of airsoft vests. These vests come ready-to-play out of the box and are also some of the more affordable vests offered while still keeping great quality and toughness.

These vests are instantly usable and come with sewn in magazine pouches, pouches which hold airsoft BBs, and other pockets. With pre-made vests, participants can often connect a U.S. GI military web belt to the bottom of the vest.

Because these airsoft vests are factory constructed, they are well made with strong stitching and will usually last for a long time. We’ve seen a few of these vests used for so long the colors start to fade, however they still serve their equipment carrying function. Many airsoft team players start out with one of these vests, sell it later, and upgrade to a more custom-made vest option.

Look for the best kind of pre-made vest you want. Some have integrated magazine pouches for AR-15/ M4 magazines while others have AK-47 magazine sizing. Ensure the vest you are buying will work for holding your particular airsoft weapon type magazines. Different styles of pre-made airsoft vests are also available. They include the following. Magazine carrier vest setups which include 6x AK-47 to 12x M4 magazine slots (depending upon size of magazine inserted). Cross-draw handgun holster combos with a 3x or 6x magazine pouch on the opposite side. Rifle shotgun tactical vest pouch setups with shotgun shell loops inside pouches. EOD vests (explosives ordnance detection) with many admin pouches. Grenadier vests with a lot of grenade pockets for M203 shells.

A more customizable and sophisticated airsoft vest is the tactical MOLLE airsoft vest design. These modular vests enable each pouch to be moved and positioned individually based on the particular set up airsoft players and tactical operators require.

The tailored look of MOLLE airsoft vests are pretty awesome. Nevertheless, the tactical vest platform and pouches are normally offered for sale on their own or in packages that makes them more pricey than pre-made airsoft vests. A standard MOLLE vest can be pricey with the pouches costs increasing the expense. A fully packed MOLLE tactical loadout can cost hundreds of dollars depending upon the number of pouches and different types of MOLLE pouches are bought. If you have indeed made a decision to go the MOLLE vest path, see if you can pick MOLLE pouch sets to get your loadout established.

The three parts of the system are MOLLE pouches, straps, and panels which are put together to develop the MOLLE airsoft loadout. MOLLE panels are the base located on airsoft vests. The MOLLE pouches have a MOLLE loop panel on the back of the pouch which permits straps to be solidly linked to MOLLE panel loops.

The whole MOLLE system comes together as operators choose the pouches they require for an airsoft vest loadout or objective, weave the MOLLE straps through the loops on the pouches and vest panels, and secure the snaps on the straps to keep the pouches in place. The outcome is a very tailored airsoft vest with the feel and look of operator status.

Airsoft tactical vest plate carriers look like standard MOLLE vests and lots of these vests also have plate carrier compartments and attributes. This makes it simple to change and employ MOLLE pouches in between vest plate carriers and standard MOLLE vests These tactical vests have internal pouches to hold genuine or reproduction ballistic level III3A plates or ballistic rifle plates. Airsoft team players employ these plate carrier vests for an included coolness aspect and can even run legitimate or replica ballistic plates and panels to imitate an operational loadout or battle loadout.

Tactical modular chest rig vests normally only have front and back panels that can hold ceramic plates. They look like plate carrier vests and similarly have MOLLE panels on the front and back for MOLLE pouches. These tactical vests are different from MOLLE vests considering that they are more low-profile and can be employed over or under other clothes like coats, uniforms, vests, and large garments relatively quickly. The side straps on modular chest rigs also change more than standard plate carrier vests. Slicks are basically modular chest rig vests however without the MOLLE accessories which makes them slick or smooth. These type of airsoft vests are less handy for holding gear considering that they do not have pouches. They are frequently employed for props as civilian role players or tactical kit builds for a specific age imitating a famous military unit that employed them like the Navy Seals.

Airsoft half vests or gunfighter vests fall into this category. Half vests are half of a vest with a row of internal pouches in the front. They come in handy to use for airsoft and can be worn efficiently in the course of a gun fight hence the namesake. They generally have capacities for 6 M4 magazines in the front (or similarly sized weapon magazines) with MOLLE or taco pouches in the front for pistol magazines, admin pouches, medical equipment, and other add-on pouches. The harness is kept in position by a pair of shoulder straps and the back of the vest is open. This kind of airsoft vest can also be used over top of other types of equipment and vests.

Tactical load-bearing vests are a few of the most traditional vests to employ for airsoft. These airsoft tactical vests feature 6 integrated M4 magazine pouches with 2 grenade pouches. The vest straps for the shoulders and sides adapt to big and little-sized airsoft players which make this vest really flexible.

Question: How many airsoft weapon magazines does the vest hold?
Answer: Typically around 4 to 6 depending upon if they are M4 or AK47 style magazines. Check out the vest product details for storage capacity details.

Question: What kind of elements are tactical vests made out of?
Answer: Tactical vests like this tactic.world vest are usually made of several kinds of products consisting of CORDURA, webbing, nylon, rubber, and other comparable textile products. The closures and straps are usually secured with velcro, metal snaps, or plastic buckles. 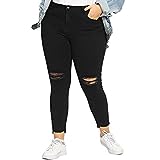