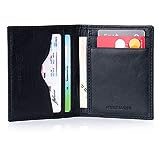 Airsoft is a shooting sport where players use airsoft guns like shotguns, pistols, and rifles to shoot 6mm plastic BBs. The gameplay can include a range of objective based situations and team style games where participants and teams of participants compete to win. Airsoft teams can vary in size from a few players to numerous squads, fireteams, and operational units based upon the dimensions of the playing field and participant number. Bigger fields and airsoft events can host 100s as well as thousands of players depending upon the area of operations (AO).

Airsoft participants usually use camouflage patterns to play the games together with headgear like tactical vests and tactical helmets configured with pouches. Each opposing airsoft team typically uses a specific pattern to assist in determining friendly and unfriendly forces. The most common patterns consist of army fight dress uniforms (BDUs) like forest camouflage, desert camouflage, digital camo, and MultiCam. A colored band can be used on the arm to designate opposing forces if teams can not be separated by uniform.

The targets airsoft guns are shot at can vary depending upon the game of airsoft. Usually the targets engaged with airsoft guns are other players during the course of force-on-force battles. This is why it is vital for all game players on the field to use protective gear like airsoft safety glasses and face masks and follow the safety guidelines of the playing field. Other kinds of targets can vary from static objects to paper targets as participants take part in marksmanship contests and exhibitions by attempting to strike items at increasingly harder distances. Speed, target acquisition, and precision are essential to keep the shots on target.

There are also different types of airsoft games. They include attack and defense objectives, point based objectives, and area based-missions. Specific airsoft game types are grab the flag, disable the explosive device, zombie base, deathmatch (free for all), group deathmatch, last team standing, weapon games influenced by Counter Strike Global Offensive (CSGO), hostage rescue, and other similar games. The types of airsoft missions are basically unlimited as players design more kinds all of the time.

Military simulation airsoft, or milsim, is typically a big part of airsoft. Milsim is the art of simulating a military environment. Lot of times this incorporates a command with officers within the player ranks, transports, and semi-realistic settings with imitation battleground pyrotechnics or special effects. Much of the airsoft uniforms, missions, and weapons are reproductions of real firearms, military uniforms, and real-world missions adapted from the history books. The end result of a well planned military simulation airsoft event results in participants looking incredibly military-esque and outfitted like special operations.

Milsim airsoft weapons are based around the era of popular weapons at the time of the historical mission. The M16A1 rifle has the classic appearance of a Vietnam era assault rifle, while other airsoft rifles like the Heckler & Koch HK416 or IWI TAVOR TAR-21 are much more modern-day. In strict milsim gameplay, the weapons used by players need to be consistent with the age, use associated scopes and optics, and be properly modded.

Milsim fatigues can differ based upon the events and be based around the historic gear of the time. The tactical equipment used normally needs to be and match the uniform from the same age. For example, a modern U.S. Navy Seal milsim outfit and loadout could possibly incorporate a Navy Working Uniform (NWU) camouflage pattern with a London Bridge Trading LBT-6094 Plate Carrier Gen II Vest and a ballistic helmet like the Ops-Core FAST SF Super High Cut Helmet. Reproduction tactical gear and ballistic armor and helmets are typically used instead of the actual gear. This saves on cash given that the genuine gear can cost thousands of dollars and be lighter to wear on the airsoft field.

The missions carried out throughout military simulation operations include historic reenactments and missions or objectives set as historical fiction. Have you ever wished to storm the beaches of Normandy, protect the 38th Parallel, or deal with the drug lords of Mogadishu during Blackhawk Down? Milsim blended with airsoft is one way you can actively participate in and experience military history.