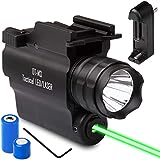 Find information about airsoft sidearms, pistols, and handguns and how you can use them as backup weapons or as main weapons on the airsoft playing field. Lots of airsoft handguns are completely manufactured models of their real weapon counterparts and run and look in the exact same ways while shooting airsoft BBs rather than genuine bullets.

There are a variety of airsoft sidearms including CO2, propane or green gas (blowback and non-blowback), spring powered, and AEG automatic electric sidearms. Each of these styles of handguns come with benefits and differences associated with them. Learning about the varieties of airsoft handguns lets you choose which type is right for you and your airsoft gameplay style.

CO2 airsoft pistols are among the most popular and dependable varieties of handguns. They are all-weather pistols and operate well in a lot of types of varying temperatures, weather and environments. These pistols use pressurized CO2 gas to push airsoft BBs down the gun barrel. The CO2 cartridge is usually kept in the gun’s magazine inside the handle.

These kinds of airsoft weapons are great for playing in cold weather conditions because the compressed CO2 gas is less vulnerable to performance decreases with temperature levels. This fact offers good FPS and shot consistency while playing airsoft in the cold for instance where other types of handguns like green gas stop functioning or hardly fire pellets.

They come sealed to keep the CO2 gas safely within, however as soon as they are opened (firing them inside of an airsoft handgun breaks the seal) they will begin to lose pressure if they are left unused. If the airsoft games end and you still have CO2 gas left, use the chance to do some handgun target practice and use up the rest of the additional gas.

If they are kept sealed, CO2 cartridges can be stored for a longtime. They are made with a manufacturer’s best used by date normally marked on the box or cartridge cylinder, however they may survive for an extended period past this date if the cartridge seal is not tampered with.

Green gas airsoft pistols are similar to CO2 pistols, however they use green gas instead of CO2 cartridges. The impact on the battlefield and green gas weapon efficiency is virtually the very same as CO2 pistols with the weapons at about 300+ FPS.

The green gas is sealed in the handgun’s magazine which can typically hold roughly 15 to 20+ BBs depending on the handgun design. A sequence of valves, rubberized gaskets, and seals keep the propane pressurized in the mag up until the handgun’s trigger is pulled. It is a great idea to top off and fill up your propane supply in the mag each time you load it into the pistol. Pistol-wielding airsoft players can even carry supplemental bottles of green gas or propane in the field for refilling magazines in-between lulls in the battle or in-between gameplay.

When playing with a green gas handgun on the airsoft field or arena as a main or secondary weapon, bringing additional magazines is highly recommended for rapidly reloading and getting back into the game. Having additional mags on-hand helps you join in the action throughout firefights or while clearing buildings in CQB (close quarters combat) room-to-room combat.

Green gas pistols are suitable for CQB at airsoft fields since rifles, long guns, and full-sized AEGs are normally not approved to be used during indoor engagements. This is an essential safety guideline because of the close quarters distance of gamers during the shooting engagements and the potential for players to be hurt. While green gas pistols still shoot airsoft BBs at about 300 FPS, the short handgun barrel assists to keep the joules and energy shooting the BB at a lower level compared to airsoft rifles, sniper rifles, and long guns.

There are 2 different varieties of green gas airsoft pistols. There are green gas blowback handguns or GBBs. These pistols function like a legitimate pistol with the pistol’s slide “blowing back” with every shot. The gas causes the slide to cycle every time a brand-new airsoft BB is loaded into the chamber. This effect is extremely cool, however the pistols frequently cost more and potentially have more parts that can break. The green gas non-blowback airsoft handguns use a fixed slide which does not cycle. The non-blowback guns normally cost less than GBBs. Performance is about the same between the two varieties of green gas pistols.

Since the green gas or propane gas is kept in the pistol magazine using rubber o-rings, seals, and gaskets, cold temps can negatively influence these seals and cause the stored gas to escape prior to shooting the handgun. The decrease in pressure can cause the airsoft BBs to simply land a couple of feet away (like 10 feet in the cold ) when the gun would typically shoot airsoft BBs over 100+ foot distances in warmer weather conditions).

One solution to this problem is to make the GBB pistol magazines warmer by holding them inside your jacket next to your body prior to airsoft game play. This can help to heat up the seals, gaskets, and valves and help to seal in the green gas. If you definitely want to play with a dependable airsoft handgun in the cold, it can also be better to get a CO2 variation of your preferred handgun. The CO2 cartridges come sealed and the gun shoots much better in sub-freezing temps and while playing in the snow.

Spring airsoft pistols are powered by powerful springs with irregular pitches that propel the BBs out of the pistol barrel. They are generally single shot. The manual action of reloading, cocking, and shooting spring handguns makes the fire rate much slower than CO2, green gas, and GBB pistols. When shooting at airsoft players on the airsoft field with upgraded rifles, auto airsoft AEG rifles, SMGs, and CO2 or GBB airsoft pistols, this can make them enjoyable to use, however less efficient.

Spring pistols perform best in springer battles where players can exclusively use comparable, single shot spring handguns or as a transitional backup weapon for CQB environments when you can often surprise other airsoft game players to get a guaranteed one-shot-one-kill. In the latter case, a fast second follow-up shot will not be really needed considering that the other opponent is now hit by the first shot and out of the gameplay or headed back to respawn. When engaging multiple foes since the gun only shoots as fast as you can re-chamber an airsoft BB by hand, be cautious.

Spring guns are extremely useful under the correct game circumstances. Spring guns like pistols can usually shoot up to 120 feet or farther with 0.12 gram BBs however the ability to hit targets decreases quickly.

AEG airsoft handguns or AEPs (automatic electric pistols) are also a good choice to bring into the field as a backup weapon on the airsoft field. These automatic electric pistols are often powered by mini stick batteries in the pistol’s grip. They work just like an AEG rifle and use pressurized air pumped through electrically cycled pistons, gearboxes, and cylinders to fire airsoft BBs quickly and very quickly at that.

AEG pistol quality has actually increased significantly over the last few years. The first gens were a little bit questionable and undependable, but the new versions have most of the problems worked out and make effective airsoft secondary guns. They can be modified with maximized magazine storage capacities along with accommodating bigger batteries.

A huge advantage of carrying an AEG pistol is that you have the power to rewire the adapters to use a larger battery. Depending on the AEG pistol design, you can gain a big output in performance by employing a 2 cell Lipo battery (2S Lipo) rather than the stock AEP battery.

What Airsoft Handgun is Right for Me to Play with?

Deciding on the best airsoft sidearm for you depends on your gun budget, how often you intend to play airsoft using it, and where you hope to play. Check out a GBB green gas pistol or AEP handgun if you have over $100 to spend on your airsoft handgun. These guns are usually the top-tier guns, have the greatest efficiency, and are usually a great pistol to buy. Consider a CO2 handgun or cheaper GBB handgun if you have in-between fifty to one-hundred dollars to spend. These mid-tier guns will still get the job done and can be tough sidearms. If you have $50 or less, try to find a lower end CO2 or spring pistol. You can still get a long lasting airsoft handgun to use for the handgun airsoft guns.

Question: What is the most widely used type of airsoft sidearm?
Answer: The best pistols are often a matter of a player’s preference. CO2 and GBB airsoft handguns usually are the most durable and dependable. Learn about the different types of airsoft pistols.

Question: Is this airsoft gun rentable?
Answer: Many airsoft fields rent guns. You will find most fields rent automatic electric guns like rifles instead of handguns. Therefore, finding this specific pistol model to rent will probably be more challenging. Check with your closest airsoft field near you to see if they rent the particular airsoft pistol model.

Question: Can this airsoft pistol be enhanced with modifications?
Answer: Possibly, this depends on the airsoft gun type and build. It may be able to accept upgrades depending on what is modified. Search for parts particular to the Spring Combat Delta Pistol FPS-150 Laser Airsoft Gun.

Question: What type of airsoft BBs does this airsoft gun shoot?
Answer: This airsoft pistol normally shoots standard 6mm airsoft BBs which are 0.12 gram or 0.20g. Check the handgun’s product information to find out more.

Question: How far can this airsoft gun shoot?
Answer: The majority of airsoft pistols can shoot around 80 to 120 feet or more. This may include the Spring Combat Delta Pistol FPS-150 Laser Airsoft Gun. Pistol shooting distance depends on the shooter’s skills, shooting conditions, weather, wind, terrain, and other factors.

Question: What do I need to understand for airsoft pistol safety?
Answer: Safety is a top priority when using airsoft pistols. Game players should always use safety glasses and face masks. The weapon needs to be used safely with supervision for training in appropriate environments or for target practice only. You can learn more about safety by reading the airsoft rules of engagement and safety regulations.