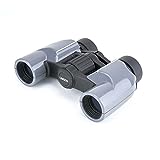 Airsoft is a shooting sport where players use airsoft guns like rifles and pistols to shoot 6mm plastic BBs. The gameplay can include a mixture of objective based conditions and team style games where game players and groups of participants compete to win. Airsoft groups can differ in size from a few participants to numerous teams, fire teams, and separate units depending on the dimensions of the playing field and player turnout. Large fields and airsoft tournaments can host 100s as well as 1000s of game players depending upon the area of operations (AO).

Airsoft participants usually use camouflage patterns during games along with headgear like tactical helmets and tactical vests set up with pouches. Each opposing airsoft team typically uses a specific pattern to help determine unfriendly and friendly forces.

The targets airsoft guns are fired at can vary depending on airsoft game type. Most often the targets engaged with airsoft guns are other participants during force-on-force skirmishes. This is why it is vital for all game players on the field to wear protective equipment like airsoft goggles and face masks and follow the safety rules of the field. Other types of targets can vary from stationary objects to paper targets as participants participate in marksmanship contests and exhibitions by attempting to strike items at increasingly more difficult ranges. Speed, target acquisition, and accuracy are necessary to keep the shots on target.

Military simulation airsoft, or milsim, is typically a big part of airsoft. Many of the airsoft objectives, uniforms, and guns are duplications of real guns, military uniforms, and real-world objectives out of the history books.

Milsim airsoft weapons are based on the era of preferred weapons at the time of the mission. For instance, the M16A1 rifle has the traditional appearance of a Vietnam era assault rifle, while other airsoft rifles like the Heckler & Koch HK416 and IWI TAVOR TAR-21 are far more current. In rigorous milsim gameplay, the weapons used need to follow the period, use related scopes, and be correctly modded.

Milsim fatigues can differ based upon the events and be based around the historical gear of the time. The military gear used generally has to match the uniform and be from the same age. For instance, a modern U.S. Navy Seal milsim outfit and loadout may mix a Navy Working Uniform (NWU) camouflage pattern with a London Bridge Trading LBT-6094 Plate Carrier Gen II tactical vest and a ballistic helmet like the Ops-Core FAST SF Super High Cut Helmet. Look-alike tactical gear and ballistic panels and helmets are typically used in place of the real equipment. This saves on cash because the genuine gear can cost thousands of dollars and the replica gear can be lighter to wear on the battlefield.

The objectives undertaken during milsim operations consist of historic reenactments and objectives set as historical fiction. Have you ever desired to storm the beaches of Normandy, protect the 38th Parallel, or deal with the drug lords of Mogadishu at the time of Blackhawk Down? Milsim integrated with airsoft is the manner in which you can actively join in and experience military history.